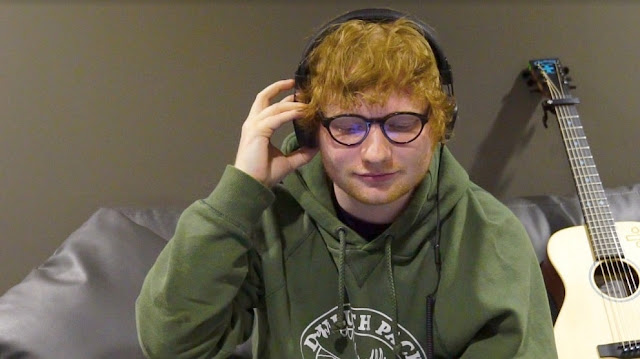 End The Silence, a global charity campaign founded by Hope and Homes for Children has  been launched and aims to find homes for 120,000 children suffering silence and neglect in Ugandan and Rwandan orphanages.Ed Sheeran, Elton John, Paloma Faith, Mark Ronson, Emeli Sande and more are among a host of world renowned musicians making exclusive videos on YouTube to share their most precious childhood songs and memories.

The biggest names in pop are urging the public to follow them down musical memory lane using endthesilence.com.  The interactive music memory time capsule has been built by the UK-based charity Hope and Homes for Children.  It allows people to pick their most precious childhood song, and then share it on social media with a memory.The End the Silence campaign aims to create the world’s largest online musical memory time capsule before Christmas, while raising £1.5m in donations.  This will help Hope and Homes for Children find families for 120,000 children suffering silence and neglect in Ugandan and Rwandan orphanages.

Mark Waddington, CEO of Hope and Homes for Children, explained:

When a baby in an orphanage cries and nobody comes to comfort them, they learn not to cry.
By internalising their pain, they suffer lifelong mental and physical damage.
Deprived of love, life, and hope, these children grow up in silence. They never hear laughter or music. These children will never experience the love and protection only a family can offer.
The idea of a childhood of silence and neglect in an orphanage – without love, family and music – is unacceptable.
By joining the world’s top musicians in sharing your most precious childhood musical memory, you can help us to end the silence.

Every pound donated to the End the Silence campaign before December 27th will be doubled by the UK Government as part of its UK Aid Match scheme.

Hope and Homes for Children’s End the Silence campaign will fund the first orphanage closure for children with disabilities in Rwanda, as well as support Uganda in taking the first steps to becoming orphanage-free.

Dedicated social workers will work with children confined to orphanages, tracing their families and giving them the support they need to become a family again. Where this isn’t possible, specialist foster families will be trained to give the children the love and security they need to thrive.

To ensure no child suffers silently in an orphanage, share your most precious childhood musical memory at endthesilence.com, or look out for #endthesilence and #Ukaid on Twitter.

This site uses Akismet to reduce spam. Learn how your comment data is processed.